When I first heard about Guided Math, I looked at the computer screen and thought…what the frick do I do now? Where do I start? How do I create stations? Why do I need them? How do I put the learning in their hands? Then after searching Pinterest for hours…I stopped.

Seriously. I closed my computer screen. I didn’t think or do anything about Guided math for another six months.

Finally, one morning (around March time) I woke up and thought “hmm…I wonder what I could do to eliminate some behavior problems in my first grade class. I wonder if they could get these 6 year olds into groups or something…?”

The next day, I created a powerpoint that I used to show the students when to rotate. I had 3 rotations. Me. Computer. Independent Work.

Back then (4 years ago)- my math groups were based on a daily need to see me. I almost always saw my low kids. This helped me make sure that they were successful. If I was lucky I could get a second group in to see because they probably struggled somewhere around there too. Before I knew it, my math time was over. Math books were away and I always  thought “that was a successful math lesson.”

4 years later and I know better.

Did it work for me? At the time, ABSOLUTELY! The following year, I came back to work around October. Baby W was born so I took extra time off. That class was a disaster. It was awful and I needed a way to get them under control. I ended up starting a math rotation around December. This was better. Much better. I found activities for them to practice with me – or heck- they did their a few problems from their worksheet with me.

It worked. There were 4 rotations. 4.

Let me tell you- that was the order they were in. The kids were ALL over the place. Then one of the worst days of teaching career happened. This kid who I had been working so hard with to control himself and not react on impulses- had a meltdown. Oh- in the middle of an observation. Class had to be removed. Crisis teacher was called. Everything. I knew my score was going to be awful but I didn’t care. What I cared about was going home to my 8 month old baby and being with him. I realized I was just in routine and teaching for me…kind of sucked. I didn’t want to do it anymore.

Finally one of my best friends who switched schools that year listened to me one lunch and said “Ronnie…you need to move schools. I’m not really giving you a choice.” (Steph if you ever read this- know that I owe my teaching career to you.) I laughed it off but after that day came- I text her and said “I want out of my school.” I arranged an interview with her principal and was offered a job immediately. Then came the dreaded news- grade assignments.

I was assigned to fifth grade. FIFTH GRADE. I was teaching first. I had no idea what to do in any subject. So I did what any normal Type A teacher would do. I immersed myself deep into the content. I decided to go all in and create math centers for myself. I knew that this school didn’t really share a lot of materials amongst the grade levels so I had to fend for myself.

Fend I did.
I created a ton of things to do with the students when they came over to me. Some were match type games, or pre-made templates. I started to really realize that I didn’t want to spend my entire YEAR cutting out stuff for these units. Really- I didn’t so I toned it down and created things that would be useful in a classroom that may not have a ton of time.
I started to think “oh crap- what am I going to have the students do when they are not with me?” And then it hit me.
It was like a train and I kid you not- my husband still remembers the day. He said I jumped out of the chair, shrieked, and went running to grab a piece of paper to write down my thoughts.
My math rotations were born.
They start with me. My lowest kids see me first. Why? That way I can kind of extend out the math block so I can see them and they can work with me for a little longer. They will then move on to independent work, computer time, and last but not least their math project. All of the students see the same rotations just in different order.
Did this match my first year? Nope. Will it match next year? Nope.
Here are some other ideas you could do in lieu of computer or math projects:

I know this may seem very busy. It seems like a lot but once you get your students trained, you will never want to change it again. You will never want to go to whole group lesson. I couldn’t even imagine it any other way.
I can’t wait to tell you more about Guided Math.
Hugs & High-Fives,
Ronnie

Yes, I still use Elf on the Shelf in 5th Grade
How to group your students in Guided Math 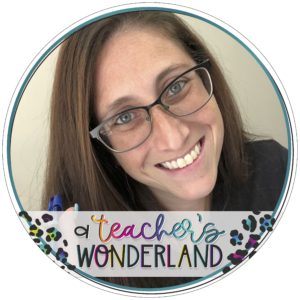 What are you looking for?

Your cart is currently empty.